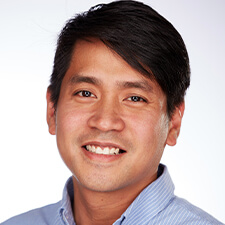 John started his career in Print Design in the Philippines back in 2002 where he honed skills in Layout, Typography, Illustration, Photo Editing, and 3D Modeling and Rendering. After moving to the United States in 2010, he immersed himself in Web Design and Development while working on a variety of freelance Web projects. He joined CommPartners in 2017 carrying with him his knowledge on both Print and Web Design where he now leads the Design team and supports the Marketing team. He enjoys listening to a wide range of music and playing the guitar which he believes to be not only relaxing but also therapeutic. In his free time, you’ll often find John scouring the Web with something new to learn or finding great deals.